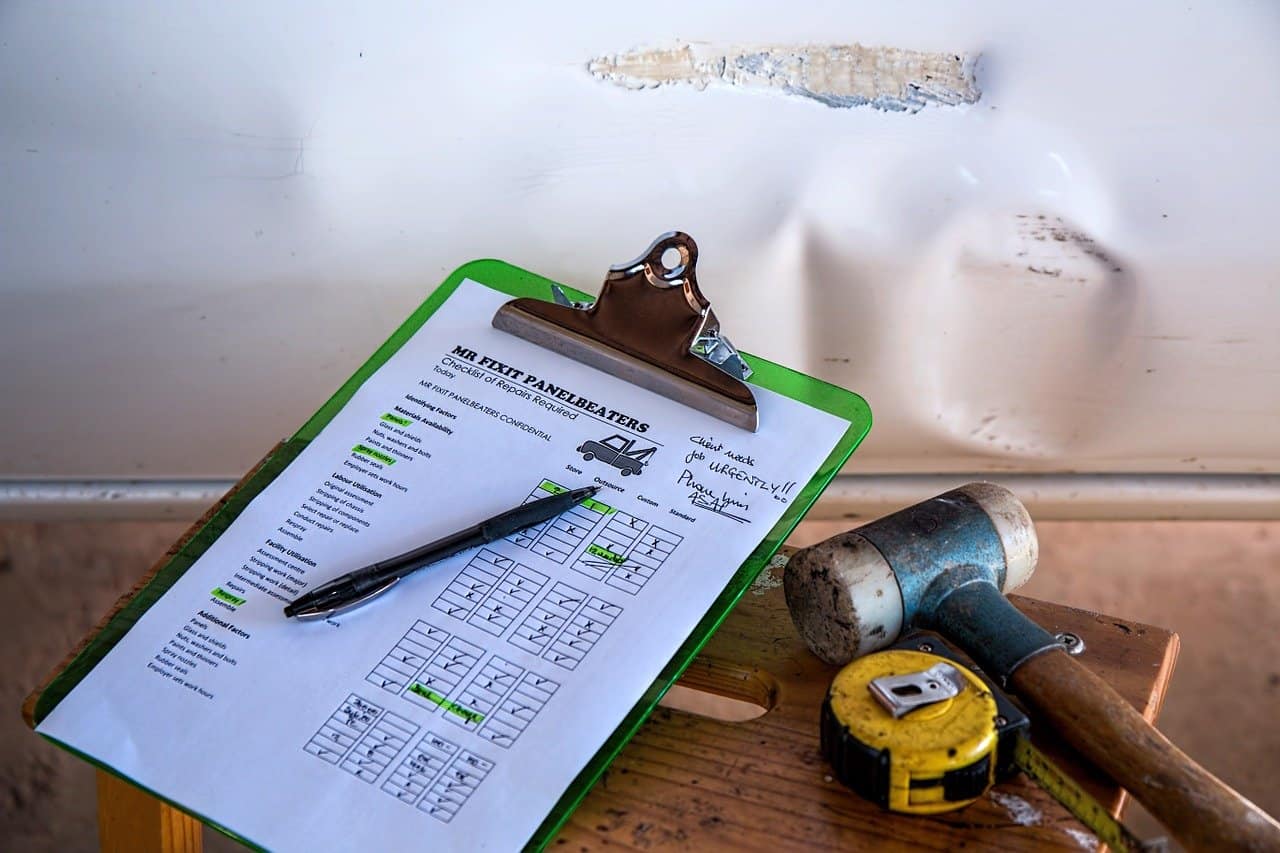 I have done many rehabs in my career as a house flipper, landlord, and even overseeing rehabs for banks as an REO agent. We have worked with many cities and counties pulling permits for remodeling jobs, but when is a permit needed? Depending on the quantity and type of work you do, you may or may not be required to get a building permit from the city or county the property is located in. The tricky part about building permits is that every city and county requires something different for when a building permit is needed. They also have different processes for getting the permits, inspections, and completion of permits. In some cases, you may be able to get away without permits, but in other cases, it could hurt a seller if they choose not to get permits when they should have. I personally get permits on some of the work we do—but not everything. If you are repairing a house, please check with your local laws and guidelines and discuss any concerns with an attorney, as I am not providing legal advice.

Why do cities and counties require building permits?

Building codes have existed in some form for thousands of years. In Babylon, the building code said if a house fell on the occupant because the builder messed up, the builder would be slain. You can see more of the history of building codes here. The purpose of building codes is to ensure houses are built safely and correctly. The saying “they don’t build houses like they used to” is meant to construe that houses were built stronger in the past. It is true that some houses were built better in the past, but I have also seen some horribly built houses from 100 years ago. I flipped one house that I swear was partially held up with duct tape. You can see the video below.

They had very few building codes in the past, so some houses were built well and others were not. Uniform building codes have helped make houses safer and stronger. If you repair a house, you also may be required to adhere to building codes, and a building permit ensures sure you do so. It is important to check with your city or county to see what kind of work requires a permit in your area.

How hard is obtaining a building permit?

Obtaining a building permit can be really easy or really difficult depending on the property’s location. I am in Colorado, and each town has different guidelines, inspectors, and processes. Here is what I have had to deal with lately:

Not only does getting permits completed take a lot of time in some areas, but they can be expensive as well. Usually, a permit is priced based on the cost of the work being done. On a decent sized remodel here, a permit will cost $500 or more. One nice thing about permits is that you usually do not have to pay local sales tax on materials when obtaining a building permit.

Who needs to obtain a building permit and when?

There can be variables regarding who needs to get a building permit. For one thing, whether you live in a house or are an investor, renting or flipping a house makes a difference. Some towns will not require a building permit if the homeowner is doing certain types of work, but they will require a permit if an investor is doing the same type of work. I know building permits are supposed to ensure things are safe, but I am not sure how letting a homeowner who may have no idea what they are doing complete work without a permit makes sense while an investor who has experience fixing houses is required to get a permit. Some towns also have different requirements if the owner of the property, as opposed to a contractor, gets the permit. Some towns in my area also require any permitted work done, to be done by a licensed contractor, while other towns have no such requirement.

What work you do also will determine if you need a permit or not. Typically, these repairs will require a permit:

These repairs may not require a permit:

Have I always gotten building permits on the projects I do?

I will get permits on some houses and not get permits on other houses. In the past, we would never get permits because cities did not make a big deal about them and no one seemed to care if permits were pulled or not. Now, it seems like more and more buyers are concerned with whether permits were pulled or not. When I sell houses, many buyers will ask for copies of the permits that were pulled, even in cases where we did not do work that required permits. If a house needs a ton of work, we will have permits pulled because we know the buyers will ask for them. If a house does not need major work, we will not pull permits. We also pay attention to what towns we are buying in and how hard it is to get a permit in those towns. Having to get a permit can add a lot of money to the costs of a project because of the added time it takes for approvals and inspections.

If we are having a furnace or a roof replaced, we can also have the electrician or roofer pull a permit just for that job.

What are the downfalls of not getting building permits when you need them?

Many remodeling jobs are done without building permits, even when they should have been pulled. In the past, it was not required that building permits be pulled for as many things as they are now. In my area, in the past, you did not need a building permit to finish a basement, especially if you were occupying the house. If you finished the basement long enough ago, you did not need to have an egress window to have a legal bedroom in the basement either. If I buy a house now that has a bedroom in the basement without an egress window, it could be grandfathered in as a legal bedroom because the work could have been done before egress windows were required. Some investors can get away with doing work that needs a permit without getting one by saying the work was done prior to them owning the house.

If you are finishing a basement or adding on to a house, the county or city may not count the added square footage in public records without a permit. If the city finds out you added onto the house without a permit, they could require you to bring all the work up to code. That could mean tearing out drywall, insulation, and other items so the city can see how the work was done.

If you are doing something like installing a furnace, you may be able to get a permit after the work was done if someone asks about it. As I said, it can scare buyers away if they think work was done without a permit that should have been done with one. If you are doing a big project that needs permits and the city or county finds out about it, they can issue a stop-work order and prevent you from working until permits are pulled.

Have I been caught not using permits?

We recently remodeled a dance studio in a commercial space I own. We did nothing structural, and we thought nothing needed a permit. However, the city said the dance studio was changing the use from retail to assembly. The city required a certificate of occupancy and building permit to be filed to get the CO. We talked to the city and had them come inspect the work after it had been done. It was a pain because we were required to list all the trades needed for a major remodel: electrician, plumber, HVAC, etc even though we didn’t do any of that work and those trades had to be registered with the city and very few contractors are registered with the city.

We finally found all the people, listed them on the permit, and scheduled the appointment. The inspector showed up to the property, walked through in about 2 minutes, signed off on it and we were good to go after spending $3,000+ in inspection fees!

Whether you need permits or not is a tricky question because every city and county is slightly different. Things can also change in those cities and counties when new people are hired it fired and decide the rules are different or were not enforced right before. We get permits on major items but also try to take on remodels that do not need permits to avoid the hassle that often comes with them.