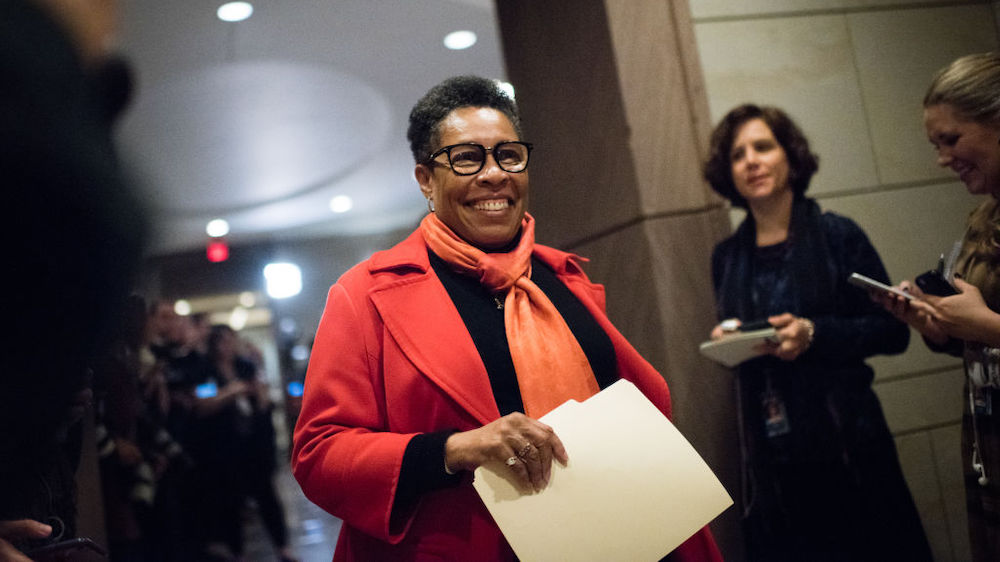 If confirmed by Congress to head the roughly $50 billion U.S. Department of Housing and Urban Development, the Ohio Democrat will have to contend with the fallout from the COVID-19 pandemic. Her policies will directly affect out-of-work renters facing evictions, homeowners unable to meet their monthly mortgage payments, and mom and pop landlords facing loss of income.

The former chairwoman of the Congressional Black Caucus, who has a track record of fighting for struggling Americans, will have to focus on the broader issues as well, such as the lack of affordable housing across the nation.

Fudge will be charged with crafting housing policy to address the severe shortage of subsidized housing for the poorest Americans, combating racial discrimination in real estate, and assisting first-time buyers seeking mortgages.

The decision on whether to privatize Fannie Mae and Freddie Mac, which President Donald Trump‘s administration has been pushing to do, may also fall under Fudge’s purview.

“It will definitely be a notable change from Ben Carson,” says urban planning professor Rob Silverman, of the State University of New York at Buffalo. Carson has served as Trump’s HUD secretary. “The Trump administration has been very active in dismantling fair housing policy and reducing the amount of support that low-income households have for Section 8 vouchers and other programs.”

A Biden appointee will likely “need to go back and rebuild the programs and policies” that were changed under Carson’s leadership, Silverman says.

The president-elect has not formally nominated Fudge to the position, although his decision was leaked to the press on Tuesday.

“Let me just say that—if I were to be named—certainly it’s an honor and a privilege to be asked to be in a president’s Cabinet,” Fudge told reporters on Tuesday. “It is something that probably in my wildest dreams I never would have thought about. If I can help this president in any way possible, I am more than happy to do it. It’s a great honor and privilege to be a part of something so good.”

Fudge, a member of the House Agriculture Committee, had been vying for the top job at the U.S. Department of Agriculture. She reportedly wanted to move the agency’s focus away from farming and toward addressing hunger. Former Iowa Gov. Tom Vilsack, who served as the Agriculture secretary for eight years under President Barack Obama, is Biden’s pick for Agriculture secretary.

Fudge is a former attorney who worked in the prosecutor’s office for Cuyahoga County, OH, which includes Cleveland. In 2000, she became the first Black and first female mayor of Warrensville Heights, OH. She served eight years in that role before being elected to the House of Representatives in 2008, where she’s worked since.

She told Politico recently that Black policymakers are often put into a limited roster of prominent positions, such as the secretary of HUD.

Yet, on Tuesday she tweeted a message fitting for the future leader of HUD.

“Federal unemployment assistance and the eviction moratorium both expire on 12/31,” wrote Fudge. “Congress must extend unemployment and provide rental and housing assistance. This cannot wait any longer—time is running out.”

Fudge could face a tsunami of renter evictions as moratoriums on kicking out tenants expire at the end of the year. She will likely also need to address homeowners who have lost their jobs during the pandemic and can no longer make their mortgage payments. Federal moratoriums have kept many of their homes out of foreclosure, but those are set to expire next year as well.

“Being aware of the plight many communities face with access to not only affordable housing, to food, to services would be a real asset to the position,” says realtor.com® Senior Economist George Ratiu.

The new HUD secretary will also have to tackle the lack of housing throughout the country, particularly more affordable rental and for-sale properties as well as subsidized housing. (Only a fraction of the poorest Americans who qualify for housing vouchers receive these lifelines to cover their rents. But even with a voucher, finding a landlord who accepts it is often a challenge.)

“There was already an affordable housing shortage before the pandemic,” says urban planning professor Silverman. “There’s going to be a need to come up with strategies to build more housing all across the country and make sure that a part of that is affordable.”

In addition, Fudge is expected to boost fair housing protections, which shield people from discrimination on the basis of race, religion, and national origin. Those laws were weakened under the Trump administration.

“She has … played a leading role in getting Congress to approve desperately needed funds to stabilize the hardest-hit neighborhoods during the Great Recession,” David Dworkin, president and CEO of the National Housing Conference, said in a statement. The Washington, DC–based group supports affordable housing.

“Her background as mayor of an inner ring suburb of Cleveland, Ohio, and as a leader on education policy, would be important as HUD plays an important role in reversing the catastrophic loss of Black homeowners over the past 10 years,” he said.

She may also find ways to bring back some of the provisions of the Affirmatively Furthering Fair Housing regulation. The Obama-era rule required suburbs to put up more affordable housing in order to receive money from the federal government. The goal was to desegregate these communities while adding to the housing supply.

The rule was ended in the run-up to this year’s presidential election.

“The combination of her congressional leadership at this time when HUD could potentially be at the center of innovative legislation is inspired,” says Susan Wachter, a real estate and finance professor at the Wharton School of the University of Pennsylvania. “HUD can be at the forefront of a number of important issues.”