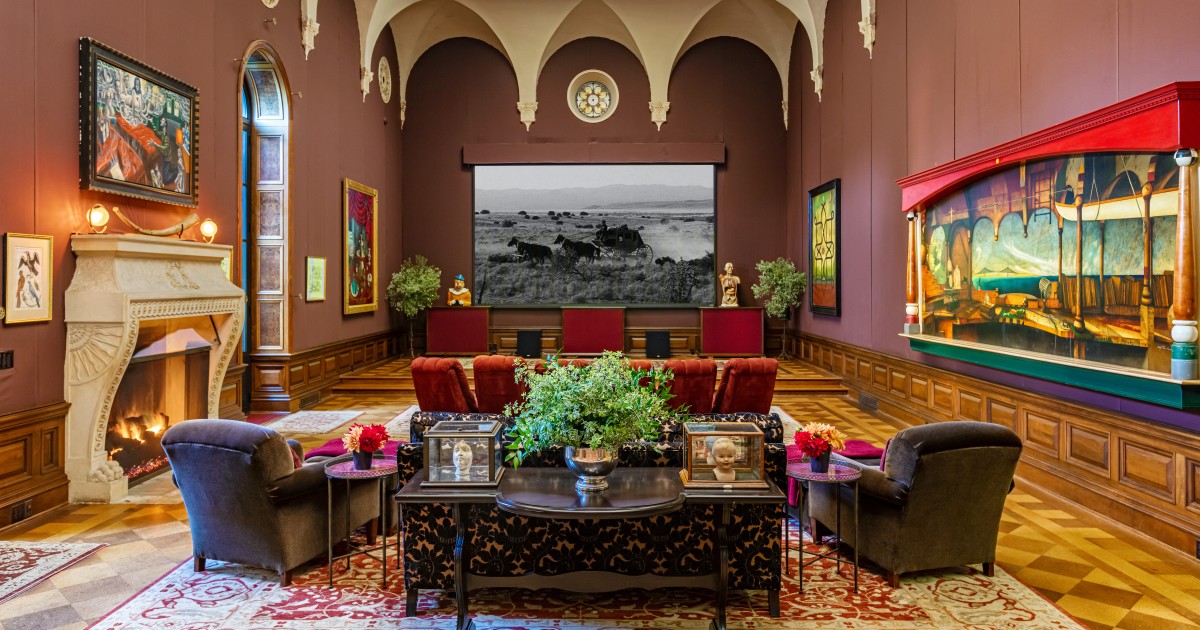 One down, one to go. A few months after listing their back-to-back homes in Hancock Park, Oscar-nominated composer Danny Elfman and his wife, actress Bridget Fonda, have sold the larger of the two for $8.75 million.

The couple offered the two properties up as a package deal for $14.6 million in October, and the smaller home, which Elfman and Fonda used as a guesthouse, is still up for grabs at $4.888 million.

The one they just sold is a century old. Elfman, a frequent Tim Burton collaborator whose credits include “Batman,” “Alice in Wonderland” and “Charlie and the Chocolate Factory,” bought the place two decades ago.

It sits on three-quarters of an acre in Fremont Place, a gated community filled with historic homes and architecturally dramatic mansions. This one spans two stories with colorful, custom spaces across 8,346 square feet.

Concrete columns frame the wooden front door, and inside, a two-story entry with arched doorways and beamed ceilings is overlooked by a series of interior balconies. The most expansive space comes in the grand ballroom, which features massive murals and doubles as a movie theater.

There’s also a two-story living room with a stone fireplace, a lavish dining room under gold ceilings, a mint-green family room full of French windows and doors, a breakfast nook with checkered tile floors and a recording studio lined with velvet drapes.

Six bedrooms and eight bathrooms complete the floor plan, including a custom blue guest suite and primary suite with a spa bathroom. A sun room and a series of second-story terraces overlook a leafy courtyard with a fountain, and the grounds also hold a gym, loggia, dining patio, swimming pool and spa.

Elfman, 67, has won a Grammy, two Emmys and received four Oscar nominations. After forming the new wave band Oingo Boingo, he moved on to film as a composer, and his credits include “Spider-Man,” “Good Will Hunting” and “The Nightmare Before Christmas.”

Fonda, 56, received a Golden Globe nomination for the 1989 film “Scandal” and hit her acting stride in the ‘90s, starring in “The Godfather Part III,” “Single White Female,” “Point of No Return” and “Jackie Brown.”

Branden and Rayni Williams of the Beverly Hills Estates held the listing. Jill Galloway of Compass represented the buyer.