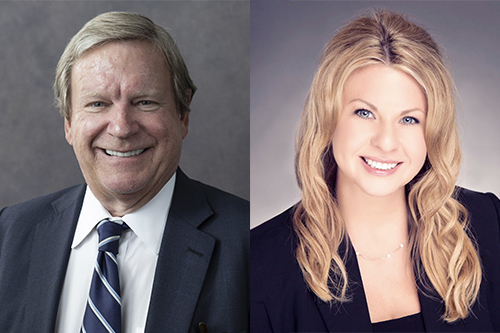 The record year of volume enjoyed by the whole of the mortgage industry may have fundamentally changed the mortgage landscape. On top of record profitability and huge revenues enjoyed thanks to the current low-rate environment, lenders have built huge cash reserves and many have accessed public capital through wildly popular IPOs and SPAC offerings. The stage is set, according to some analysts, for a year of consolidation.

Kimberly Browne and David Olson (both pictured), president and chairman of Chrysalis Holdings LLC respectively, shared with MPA why they expect consolidation among lenders this year. They explained how record volumes have created strength across lenders of different stripes and laid out which players they expect to make acquisitions this year. They also shared how mortgage professional should prepare for the year ahead.

“All of the factors are in place that would suggest that this would be a very active year for consolidation,” Olson said. “Mortgage banking is an interesting place that can attract a whole range of different types of buyers. You have strategic buyers from within the mortgage industry itself, you’ve got private equity involvement, you have a range of banks and specialty insurers who could have interest in certain mortgage platforms. You also have the development of SPACs, which are often pools of money looking for homes.”

Olson explained, too, that potential sellers are posting record profits and can likely command prices in an acquisition that they couldn’t after a normal year.

While making a successful IPO might mean a mortgage bank is ready to start acquiring in 2021, other banks and lenders could start making acquisitions ahead of a likely public offering. Browne explained that in the recent Guaranteed Rate acquisition of Stearns Holdings LLC, we saw a company making itself more attractive ahead of a likely public offering.

While some major industry names are likely to make acquisitions in 2021, Browne doesn’t expect that only the IPO-minded big guys are going to be buying. She explained that even some smaller players without a mind to accessing public capital may be making moves this year.

Read next: Mall of America catches up on late $1.4 billion mortgage payment

“You might see some non-listed mortgage companies that might be a mono line originator making acquisitions,” Browne said. “I’ve had a few calls where there’s a wholesaler that might want to tack on a consumer direct company to make a more diverse model and attract different types of institutional investors. So, I think you’ll see some of the mid-tier mortgage originators that have been very successful, and our cash flush this year, look to create partnerships that will help them scale.”

While the future may hold higher rates for the mortgage industry, Browne and Olsen both agreed that we’re likely to see continued low rates through 2021 which will further support consolidatory moves by the most profitable players. When rates do rise, they believe that lenders as a whole will trust their originators to develop new business pipelines driven by the equity built across so many US homes over the past year.

The other key point that Browne stressed is the role of technology in the market. New innovations have created efficiency and capacity that will facilitate a year of consolidation ahead.

“We’ve seen an immense technological investment from a lot of mortgage originators,” Browne explained. “So, the quality is just much improved because the technology is controlling a lot of the error rates that typically were manual. So, I don’t think you’re going to see the foreclosure issues to the extent you used to…I keep hearing a lot of questions predicting doom around mass production, but I do think technology is enabling these companies to produce a better-quality product than ever before.”