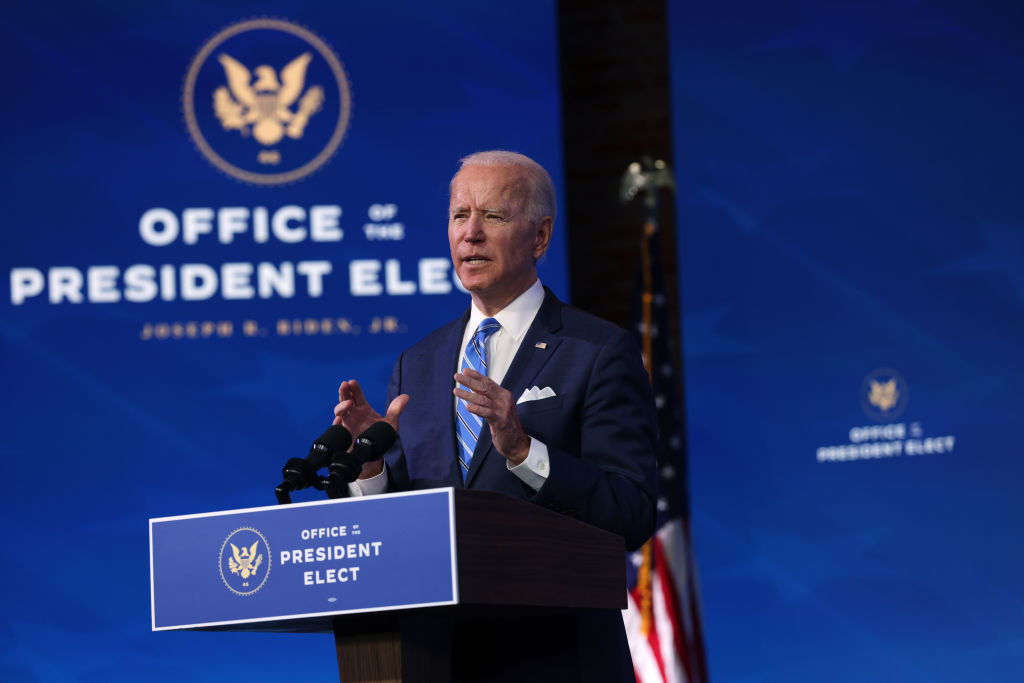 As part of his efforts to set an agenda in motion when he takes office, President-elect Joe R. Biden outlined a $1.9 trillion relief package to combat the Covid-19 pandemic and the current economic dive. Some of the most notable points Biden addressed last night include expanded jobless benefits, rental assistance and a paid sick leave program.

The proposed economic stimulus, named the American Rescue Plan, is expansive and comes at a time of urgency. Temporary unemployment is dragging (3 million people) and could become permanent — causing a long term financial burden to millions of families, while new unemployment claims saw a 25 percent increase in the first week of the year, according to the Labor Department’s most recent report. Here’s a closer look at the key parts of Biden’s proposal:

According to the American Rescue Plan, a new set of payments of $1,400 per person to eligible recipients would accompany the $600 checks that were approved as part of the December relief package — which would round up to $2,000 in financial relief for adult dependents that were left out of the first rounds of payments. Households with

Biden also proposes an ambitious relief to extend the national moratorium on evictions and foreclosures through September 30. Those with federally-granted mortgages would also be able to apply for forbearance until the end of September. He further addressed the need to set funds aside for legal assistance to households facing foreclosure or eviction.

$30 billion would be directed toward rental assistance, $5 billion in emergency assistance to help those struggling with the rent to pay their utility bills. He’s also calling for another $5 billion for state assistance to people facing homelessness.

[ Read: How to Negotiate Rent With Your Landlord ]

His proposal includes $400 in unemployment aid per week to “help hard-hit workers,” those who have exhausted their state jobless payments or wouldn’t qualify, such as contractors or freelancers. The current aid, which provided a $300 supplement for 11 weeks, expires in March.

Under Biden’s proposal, paid sick and family leave benefits that expired at the end of December would be reinstated until September 30. Workers employed at business with more than 500 employees and less than 50, would take advantage of these benefits — as well as federal workers excluded from the original program. People having to quarantine or care for a child whose school is closed will receive 14 weeks of paid sick leave.

[ Read: Small Businesses Can Now Apply for the Third Round of PPP Loans ]

Biden is calling on Congress to increase the Affordable Care Act’s premium subsidies. This proposal, which is part of one of his major campaign promises, would help enrollees avoid paying more than 8.5 percent of their income for coverage. He also wants Congress to subsidize premiums for people who have lost their work-based insurance through September.

The American Rescue Plan would temporarily increase tax credits for families and make them refundable. In other words, households would get cash even if they don’t earn enough to owe income taxes. His proposal also aims to expand the tax credit to $3,000 per child up to 17 and $3,600 per child under 6. This credit would also be refundable.

Under his proposal, the $7.25 minimum wage would rise to $15 per hour. Another point would be to end the sub-minimum wage for people with disabilities. Biden didn’t give details about when the higher wage would be implemented. But many states, have already started the transition to $15 wages or more, based on cost-of-living adjustments and new laws adopted in 2020. This includes Florida — which will raise its wage floor by 2026 based on a ballot measure passed in November.

The president-elect is preparing to take office during a crisis, and his agenda seems to be tightly linked to the most pressing issues. “During this pandemic, millions of Americans, though no fault of their own, have lost the dignity and respect that comes with a job and a paycheck,” Biden said during Thursday’s briefing. Although his strategy might face opposition due to slim congressional majorities, there’s no denying that the new administration will make efforts at helping the economy.

We welcome your feedback on this article. Contact us at inquiries@thesimpledollar.com with comments or questions.